An event every week that begins at 7:30 pm on Sunday, Thursday, Friday and Saturday, repeating until December 21, 2019

An event every week that begins at 2:00 pm on Sunday and Saturday, repeating until December 23, 2019 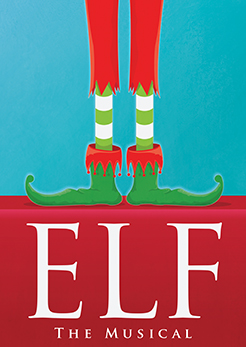 Based on the beloved and hilarious 2003 Will Ferrell film, “Elf The Musical” tells the story of Buddy, who mistakenly crawls into Santa’s bag of gifts and is transported to the North Pole. Raised as an elf and unaware that he is actually a human, Buddy realizes he is different when he grows up to tower over the other elves and finds that he is a disastrous toy-maker. With Santa’s permission, Buddy embarks on a journey to New York City to find his true identity.